The former market hall in Wolfsburg underwent a significant transformation during which it was given a new life as the digital living room of Wolfsburg. The aim is to set up a hotspot for digitalisation and to test new forms of collaboration between the city, partners, companies, citizens and organisations.

One of the new residents of the Markthalle is the coworking space Schiller40. Schiller40 was the first communal coworking space in Germany and they have been doing pioneering work in bringing citizens of the city into contact with digital technology.

We were honoured to be designing this new space for digital ideas and especially proud to continue the Finnish design tradition in Wolfsburg, where the renowned architect Alvar Aalto has designed three buildings. 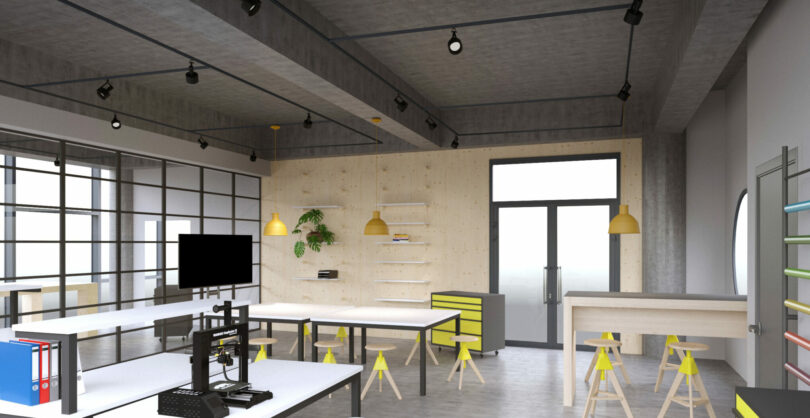 ​In 2018, the city of Wolfsburg launched a large-scale project for the new life of the old market hall. The old property, once the home of the iconic Hertie department store, would be transformed into a co-creation platform for digitalization. In addition to the city, the project involved Volkswagen, VfL Wolfsburg, the city’s Bundesliga football team, and the city’s Youth Foundation. Agile Work’s task was to facilitate the co-creation process and to design their co-working space.

The project involved several stakeholders, clients, and actors from different countries, and the importance of remote collaboration was emphasized since the beginning. A key requirement for the success of the project was that it should be developed by user-centered and co-creative means to find common objectives and a shared target between the different actors.

One of the most significant means to find the common objective was the three-day design sprint that we held in the actual market hall.  At the end of this three-day session, during which various service design tools and methods were utilized to understand the users and their requirements, but also to demo the actual use of the space. By acting the user journey in the space, it was possible to validate the ideas and finalize the plan.

The design of the market hall includes event spaces, a shared kitchen space, a maker space, and coworking spaces. All of these spaces were designed to be as flexible as possible so that space could evolve and change with its users.  When converting the old market hall into a workspace, special attention was paid to the acoustics and ergonomics of the space. The market hall is also a protected site so this naturally had to be taken into account when designing the space.

​Alvar Aalto’s legacy lives strong in Wolfsburg where you can find three buildings,  the Alvar-Aalto-Kulturhaus and two churches, Heilig-Geist-Kirche and Stephanuskirche, designed by Alvar Aalto. Now Agile Work brought its addition from Finnish design to Wolfsburg, spiced with the Finnish work culture. As this was a holistic transformation project, in addition to physical space, the ways of working were also transformed to further support the development of collaborative coworking culture. 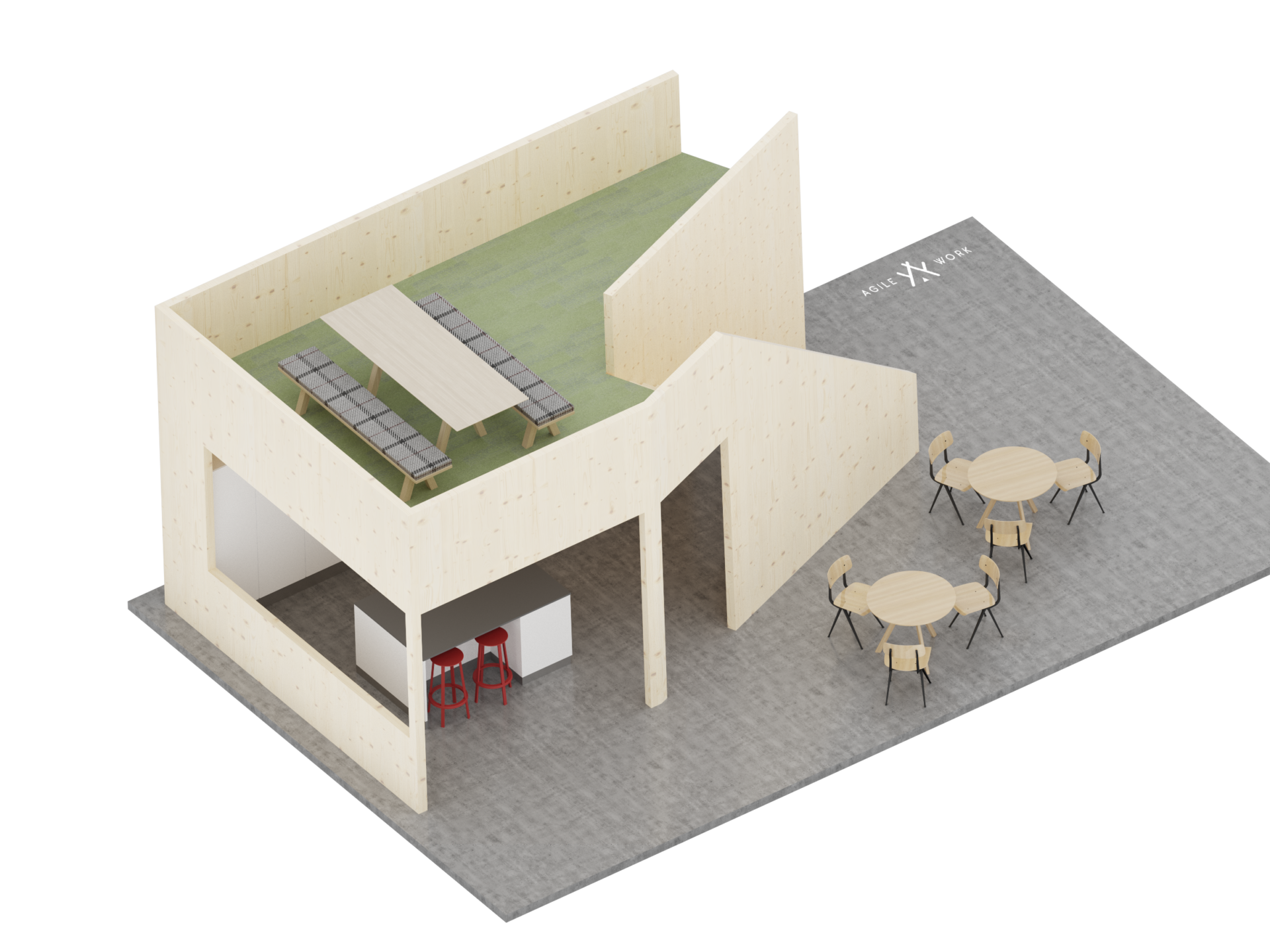 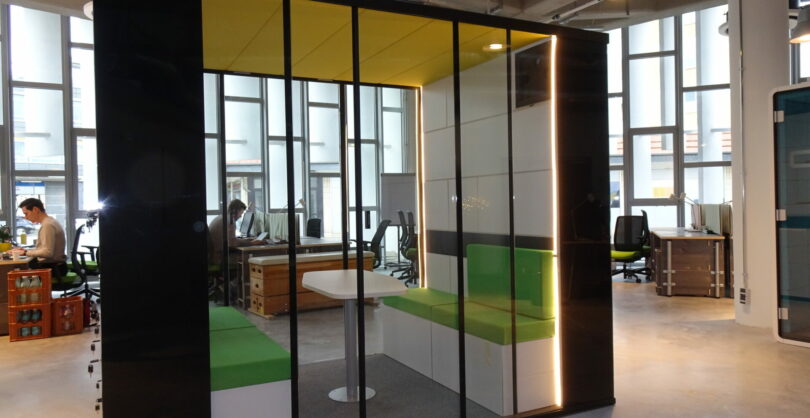 The Schiller40 co-work space had been operating in the center of Wolfsburg for years as the digital nucleus of the cultural and creative industries. As the operations had grown and a more central location was desired, the market hall was the perfect answer.

At the beginning of the project, Agile Work organized a benchmarking visit to Helsinki for stakeholders to get acquainted with inspiring coworking environments. We wanted to inspire, and challenge, them to think about the space in a new way. A typical German office is designed with the function above everything and we wanted to show another way of doing things. We wanted to create a space where function combines with emotion and together creates a space that supports co-creation, modern ways of working, and helps people to be more productive. 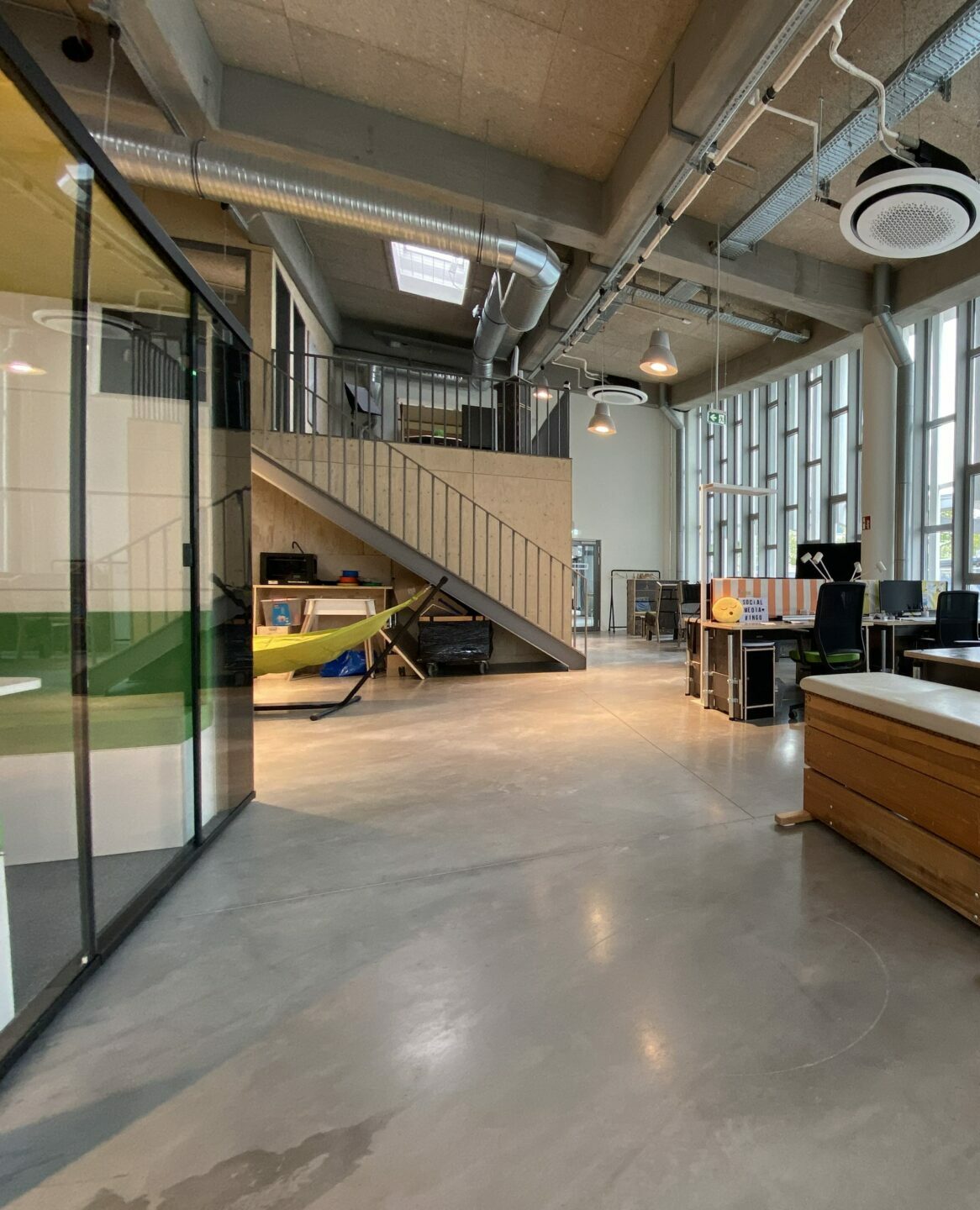 Transforming the headquarters of Airbus Finland

Facilitating a common vision to accelerate the path to the future

You can find out more about which cookies we are using or switch them off in settings.

This website uses cookies so that we can provide you with the best user experience possible. Cookie information is stored in your browser and performs functions such as recognising you when you return to our website and helping our team to understand which sections of the website you find most interesting and useful.

Strictly Necessary Cookie should be enabled at all times so that we can save your preferences for cookie settings.

This website uses Google Analytics to collect anonymous information such as the number of visitors to the site, and the most popular pages.

Please enable Strictly Necessary Cookies first so that we can save your preferences!